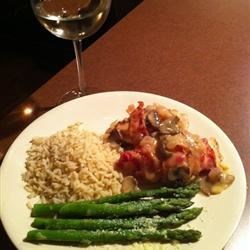 Recipe By:WANDERINGSTAR
“This was my Scottish grandmother’s recipe for partridge, also commonly known as ruffed grouse. Partridge breasts are seared in bacon grease, then roasted in a simple wine sauce and served with a rich gravy.”